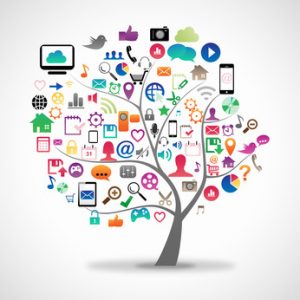 Whether you’re speaking, writing, or posting on social media, you’re out to grab their attention. Then you need to keep it long enough for them to hear you and understand you. Maybe even like you, trust you and ultimately buy from you.

It’s not so easy, is it? Engagement’s sort of the Holy Grail of marketing—everyone is earnestly pursuing it. Big companies invest big budgets in teams of experts trying to get people to respond to them. Small firms and solo practitioners struggle to stand out enough to engage anyone.

And of course, the more people are frantically trying to captivate us, the harder it gets for any of them to stand out enough to really make a connection.

How do you cut through the clutter to engage people long enough to influence them?

Here’s what I’ve learned so far, participating in Red Elephant’s Influence Challenge. The first step was: Post on Facebook about the most influential person in your life. Generate “likes” and get other people to comment about someone who influenced them.

You won’t be surprised to hear that I drew on my experience as a talk show host. It might be useful for you too.

You can’t get much engagement if you’re part of the background; it helps to stand out.

If you want to engage people, make it about them immediately. And, questions draw people in as their non-conscious minds begin automatically to form an answer.

This reminded me of my radio days: “Call 591-8900.” We often think people know what we want them to do and are motivated to do it.

But honestly, it helps to tell them directly and specifically what you want them to do.

Every now and again there’s a topic so hot it gets instant response. During a certain high-profile criminal trial, I could turn on the mic and say, “OJ.” And the phones would explode; people couldn’t wait to get on the air with me. In a way, that’s cheap engagement—it comes too easy.

More often, you have to work it. Put your idea out there. Invite response. Maybe even nudge a little bit to get the exchange going.

Be patient while people figure out whether and how to engage; don’t give up too soon.

Even when I tagged each of them, asking them directly to share a story, most of them did not respond.

When comments did start rolling in every one of them came from a man. Only after half a dozen guys weighed in did a woman finally post a comment.

Facebook. It’s like talk shows—callers are overwhelmingly male. And college classes—men are much more likely to participate than women. And White House dinners—the men yammer and Nancy Pelosi can’t get a word in edgewise.

I encourage women everywhere to be much more active in conversations. Meantime…

If you want engagement from women, be ready to wait. Cajole. Create space for them.

For the rest of us (surprise!) engaging begets engagement. Every person who shared a comment about their own influencer got a response from me, tagging them so they’d know about it. Sometimes there were several follow-up posts between us.

That dialogue encouraged other people to weigh in with their own stories. Some even replied to each other’s comments.

It made me think about Toni Crabtree, who told me recently she’d unsubscribed from most newsletters but kept reading mine and even recommended it to others. Because when she replies or posts a comment online…I actually answer her.

Reciprocity rules. If you want people to like, love, comment, subscribe, listen, applaud or buy…you want their attention. You’ll have an easier time getting it if you give them yours.

By now I hope you’re thoroughly engaged in the quest for engagement.

You can post a comment below about your own speaking, writing or social media posts—how do you make that connection with your audience? 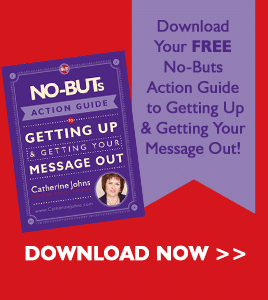