You’re reading this, so I’m hoping they’re wrong. But the American Marketing Association is putting out the word that email marketing is about to fall by the wayside.

Their Marketing News issued predictions for 2016. And one of them is “automated email for sales prospecting will get punched in the face.” Open rates will drop like a rock because, they say, email is too impersonal.

So how are you supposed to reach out to your potential clients if not with an email? How about picking up that phone? 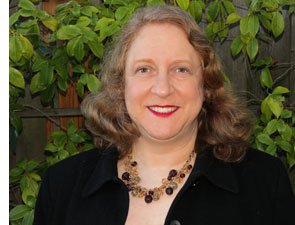 This is no surprise to Diana Schneidman at Stand Up 8 Times. She’s been saying for a long time that consultants, coaches and free-lancers of all sorts should be phoning to generate business. “Live phone conversations are the way to go in 2016.” she told me. “Email lists are likely to fail.”

“People are overwhelmed by email,” Diana says. “Plus, it’s impersonal.” Even if you have a system that puts the recipient’s name on a marketing piece, people know that it’s system-generated; you didn’t sit down and write just to them.

I don’t know about you, but this trend toward the phone call instead of email is not good news to me.

In the first place, who answers their phone? I’ll tell you who doesn’t answer their phone – anyone I’m calling. I’m sure (well, at least I’m hoping) that they’re not checking caller ID, seeing it’s me and hitting “ignore.” But who has time in their work day to pick up the phone? The ringtones are an interruption, you’re in the middle of something else, and they can leave a voicemail anyway.

Of course when you do leave a voicemail, you’re kind of hoping the person will call you back. That’s tricky, isn’t it? In my experience, return calls are rare.

A lot of sales experts recommend not even leaving a message for that reason. To me that seems silly. Everyone has Caller ID. They know it was you. You might as well fess up that you’re calling and tell them why.

So they can ignore you.

Diana doesn’t go along with the no-message message. When she phones a prospect, she leaves a voicemail. She also sends an email, and the two cross-reference each other.

She acknowledges that even for a phoning expert like her, there are no easy ways to get hold of people.

It’s that rejection thing that stops a lot of us cold when it comes time to call someone, isn’t it? So much easier to send an email off into cyberspace; the absence of a reply feels less personal than an unreturned call.

But it sounds like the handwriting is on the wall for email. If we want to grow our businesses, we’d best get used to getting on that phone.

If you have a phone strategy that works well for you, comment below to tell us all about it. And of course you’re welcome to mourn the death of email marketing too …