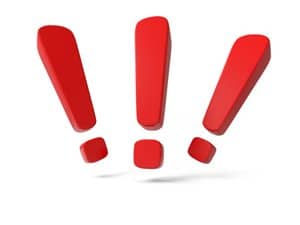 Yes, the exclamation points are a dead give-away, aren’t they?

It’s not new news that men and women communicate differently. Way back when I was a baby talk show host, one of my first guests was linguist Deborah Tannen, author of You Just Don’t Understand: Women and Men in Conversation.

The way all of us communicate has changed since 1990. But gender differences are still with us, as Tannen says in her new book You’re The Only One I Can Tell: Inside The Language Of Women’s Friendships.

What is that about?

Tannen says those are all ways to do by typing what women also do when we talk. We change pitch and intonation more than men do, draw out sounds, and smile more often and more broadly. And we do all of it to show enthusiasm or excitement. Which is expected from women.

The extravagant punctuation is so common that people often assume women will use that extra bit of expressiveness. When we don’t, they may think we’re cold or angry and react as if we’ve insulted them somehow. SHEEEEESH!!!!

Some women at Buzzfeed put themselves on exclamation point restriction, just to see what would happen. Having read Tannen’s research, they wanted to find out how people would react and how they themselves would feel if they weren’t exclaiming all the time!!!

Results? None of them made it 72 hours without their go-to punctuation. “Somewhat to our surprise,” they wrote, “we found that it was overall easier to abstain from exclamation points in our personal lives than in our professional ones. It may be that, as women in the workplace, we feel increased pressure to appear friendly, accommodating, and grateful.”

Makes sense, right? Women often DO feel increased pressure to appear friendly, accommodating and grateful at work. Exclamation points are one way we do that.

With the experiment behind them, are the Buzzfeed staffers planning to continue the restriction? “No!!!!!!!!!!!!” Because they really, really, really HATED it.

And I don’t blame them, actually. I’m in favor of the well-placed exclamation point. In fact, when I left the world of radio for a new career at a business communication consulting firm, one of my colleagues told me almost immediately, “You use too many exclamation points.”

Maybe. I thought it was just as likely that she used too few!

Nothing wrong with a little enthusiasm, right? It’s true that many a real writer has pooh-poohed the punctuation. (F. Scott Fitzgerald: “An exclamation point is like laughing at your own jokes.”) 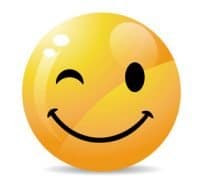 But it’s useful, especially in multiples, because it can convey a lightness about what you’re saying. I notice lately that I use a lot of the winking emoji, especially in Facebook posts. And for the same reason. It softens what I’ve said. Indicates that I’m kidding or being sardonic. And mainly, that I’m not trying to offend the reader. I know that plain text can be misinterpreted and the wink makes it more likely that they’ll get my real intention.

So, bottom line. The exclamation point, especially in multiples, can present a double-bind for women. Use them a lot, and people think you’re girlish and cute, unprofessional and too friendly.

Drop them altogether, and those very same may people read you as cold and remote or even angry. There are people who think a mere period at the end of a message is terse and even aggressive. Who knew punctuation could be so fraught with meaning?

I’m coming down in favor of exclamation points. I’m good with the occasional ALL-CAPS. Italics? I’m all in. And I’ve been known to draw out a wooooord in print for effect. But rarely.

And maybe that’s the real crux of it. So much of business writing is dry anyway, if we can give it a little oomph it’s a good thing. But when we overdo any of these devices, they lose their impact.

Your turn!!!! Post a comment below – where do you stand on multiple exclamation points and other ways to convey intensity when you write? And if you’re a woman who tones it down in type or a guy who exclaims and emotes, I REALLY want to hear from you!