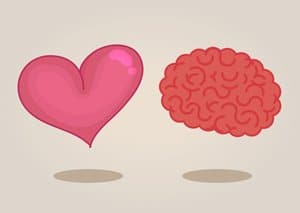 It’s a problem for a lot of us—business owners, professionals, executives. We have something to offer. Ideas that people need to hear. Services that could help them. Products they’d find useful. And, somehow, they just don’t seem to get it.

My sense is that most people in business underestimate how big this problem is. We think we have a clear message. We believe people know what we’re up to. We say it over and over again, don’t we? And we’re puzzled when we don’t get the response we were hoping for.

Gallons of ink have been spilled already on post-election analysis. Along with whatever the cyber-equivalent of ink might be. Bytes? Pixels? Anyway, we’ll see a lot more of it, I’m sure.

The pundits have their own points of view as they assess what went right for Donald Trump and horribly wrong for Hillary Clinton. There are all kinds of competing theories about how things turned out; odds are that a lot of those theories contain at least a kernel of truth.

This is the one that carries a stark message for those of us in business, whether we’re running our own company or working for someone else.

Frank Bruni wrote in the New York Times on the day after:

“[Hillary Clinton] never found a pithy, pointed message. One Ohio resident noted to me that while Clinton’s campaign workers showed up at his doorstep several times a week, they dropped off pamphlets dense with the rationale for her candidacy, the policies she’d espouse, the promises she was making.

To read it was a commitment, and you couldn’t reduce to one sentence, or even two, what the meaning of her candidacy was.

It’s insane that a pledge to “make America great again” works better, because the vow is so starry-eyed and pat. But it’s concise. Digestible. It takes emotion into account. Democrats in general and Clinton in particular aren’t always good at that.”

Here’s the thing. Judging from the networking I do, most business owners aren’t always good at that either. Many professionals are never good at that.

So what about you? Do you have a pithy, pointed message? Is it concise and digestible? And does it take emotion into account?

The emotion is the key to attracting attention, interest and ultimately clients or customers. Clinton made the same mistake so many business owners make: trying to persuade people with data, information and logic.

Her speeches, debate responses and campaign collateral were aimed at the head. How often did you hear her described as well-prepared and diligent and deeply knowledgeable?

Those are all good things. And in the end, they’re not enough.

The Democrats’ candidate would have done well to speak more to our hearts. Or even to our guts. That’s what Donald Trump did–in spades.

And that’s what you can do when you talk—to anyone—about your work. If you’re in the habit of rattling off your credentials or offering detailed descriptions of your process, or even explaining chapter and verse of the results you create, you might want to rethink that approach, pronto.

People won’t sift through the verbiage to figure out what you mean and if it means anything to them. They’ll just choose the other guy instead.

Maybe it’s not as simplistic as “Make America great again.’ But I think Frank Bruni’s notion is a good one. We should be able to convey the meaning of our work in a sentence or two if we want to win. And you do want to win, don’t you?

So go ahead, post a comment and tell us—in a sentence or two—what you offer and why we need it. I can’t wait to hear what you have to say.