If “networking” conjures up schmoozing at some professional society meeting, rattling off your elevator speech, and thrusting your card at everyone within arm’s reach, it’s time to expand the way you think about networking.

Natural networking happens anywhere people come together for any purpose.

Like for instance … well, come back with me to the difficult time when my 25-year-career in radio had caved in and I was reinventing myself as a corporate trainer specializing in communication.

The long, drawn-out search was scary, money was tight, and I was having a tough time keeping my spirits up.

But you have to look decent for interviews, right? 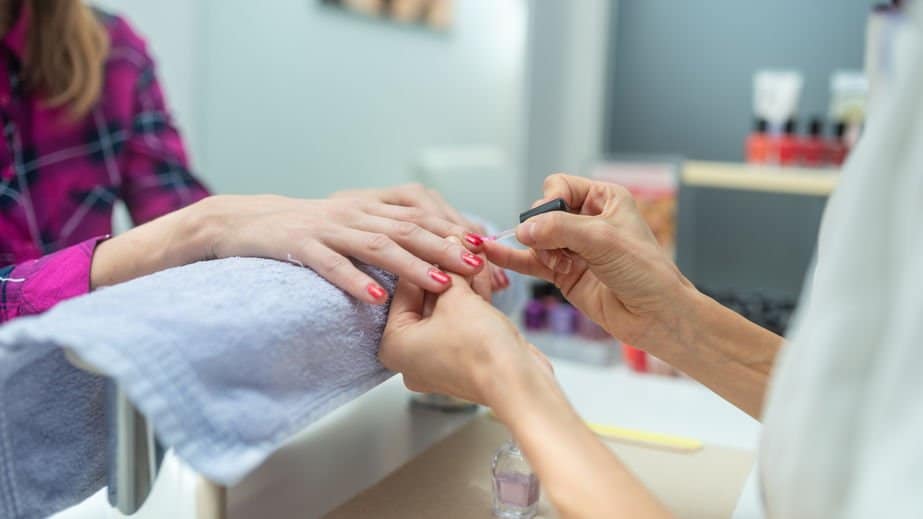 So there I was, getting my nails done. Hands outstretched on her table, moaning to the manicurist about my job search nightmare when her next person showed up. Mariana introduced us, and I swear the woman’s first words were, “You’re Catherine Johns!??! I LOVE you.”

Turned out, there was a back-story.

Years before, back when I was doing the news on Larry Lujack’s show at WLS, Barbara had written to me asking for an autographed picture. She wanted to give it to her fiancé for his birthday. He listened to us every morning and he had a huge crush on me.

That was before news people were supposed to be personalities; I didn’t even have a photo to autograph.

So, I drew a cartoonish figure of a woman with curly hair like mine talking into a microphone, with “WLS News” in her thought balloon. Wrote a birthday greeting, signed it, sent it off, and forgot all about it.

By the time I met Barbara, 17 years later, her fiancé had died. She still had a box full of his important papers. And get this—my drawing was in the box. It had meant a lot to him and that meant a lot to her.

So, when the two of us got to talking, Barbara offered to help me out in any way she could. She was pretty sure there weren’t any training jobs where she worked.

But she thought for a minute and suggested that I get in touch with her friend Jean. Jean freelanced for some big health care companies; she might know about positions in learning and development.

When I called Jean, she didn’t have a clue about any such positions. But considering she didn’t know me from Adam, she was generous: “Why don’t you call my friend Kate? She’s the general manager at a consulting firm that does training.”

So now I’m three degrees out from the original person who was trying to help me, and who was a total stranger anyway. But this sounds like a red-hot lead! I’m going for it.

I summon up my courage, call Kate and leave her a voice mail: “Your friend Jean suggested I get in touch with you. I don’t think you’ll be sorry; please give me a call.” Kate clearly has a spirit of adventure (and a lot of trust in Jean) because she did give me a call.

We set up an interview. It went well. That led to an audition of sorts at her firm’s New York office. And my why-you-people-should-hire-me presentation launched my new career as a communication skills coach.

Three big take-aways for you:

Call it the Golden Rule. Call it “Givers Gain.” Or think of it as the karma train pulling into the station. The surest way to create relationships that are good for you is to …

Create relationships that benefit somebody else.

Thinking broadly about networking will pay off for you. Maybe it already has?