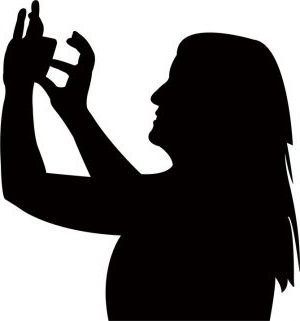 You’ve probably been to networking events that make you want to run screaming from the room. All those people doing all that yapping … you wonder if anybody’s listening to anybody.

I’ve been to a lot of meetings lately. One of them was quite large so I met a lot of people. And heard a lot of the same old thing:

And so it went around the table, one person after another with a minute-and-a-half of blahblah while the others pretended to be interested.

Then there was the guy who told us a story about the professionals who need his work. The problem they’re facing in their business. The hope he offers them. And what changes for them when they bring him on.

You could actually see people around the table leaning in, listening to every word, reacting with a smile or a grimace or a nod. Glancing again at his card; “This is someone I want to stay in touch with.”

The energy at Table 4 changed completely.

Then he said, “I have enough time left to thank Catherine Johns for showing me how to turn the lens around.”

Nice mention for me. And it made me think I should share this “lens thing” with you too.

Imagine yourself taking a selfie.

The camera in your phone is focused on you, and you can see yourself on the screen. You adjust it … moving it closer or further away, up or down, to the right or to the left, hoping to catch your best angle.

It’s all about how you look. And it should be—it’s a selfie, after all.

Most people introduce themselves just like that. They focus on themselves. They say a little more or a little less (usually more). They choose the words that will show them in the best light.

Their introduction amounts to a verbal selfie.

Here’s the thing: Most people’s selfies aren’t that fascinating to anyone but them. We scroll right by them all day long on Facebook or Twitter or Insta, don’t we?

That’s why I tell my clients to turn the lens around.

Focus on them instead of you. Make them the subject. Reveal something about them. That’s how you get them to sit up and take notice, make them want to know more, get them thinking about why they need you.

Look: When you come across a picture of yourself in your newsfeed, you don’t keep scrolling. You stop and study it. The photo of you grabs your attention and holds it.

Make your “elevator speech” a picture of the people you serve instead of a selfie.

Going back to Table 4 and the way David Telisman introduced himself … David is a writer. He never needed my help to tell a story, he’s a professional story-teller. Here’s where “turn the lens around” was useful for him.
​
Like most writers, he’s also not a guy who loves being in the spotlight. You may feel the same way.

You know you need to draw attention to yourself if you’re going to connect with potential clients. How will they know they need you if they don’t even know you exist?

But you hate being the center of attention. You’re an introvert; you’re more comfortable one-on-one than in a group. Or it just feels like bragging to tell people how good you are.

That’s the beauty of turning the lens toward your audience instead of focusing on yourself.

You make them the center of attention instead of you. That takes all the pressure off. So you can breathe, relax, and tell a quick story they actually want to hear—because it’s about them.

It changes everything about the way you feel. And of course that changes the way you’re perceived.

Try it out the next time you’re introducing yourself at an event. Or even when somebody asks, “What do you do?” It works just as well in a casual conversation as in a more formal setting.

Post a comment below and tell us what you do, with the focus on the people you serve instead of yourself. What shifts for you when you turn the lens around?