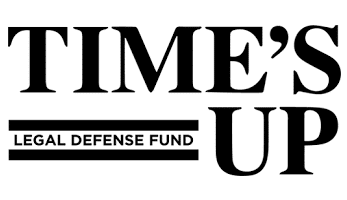 You know I’ve been doing programs about Speaking with Authority, and they’re getting great response. Still, in a conversation about why it’s important for women, in particular, to speak with authority, I found myself dancing around the issue a little bit. Why? Because of the timing.

For a host of reasons, it’s almost always useful to be seen as an authority. And I mean that in both senses of the word.

When people perceive you as an expert on your subject, they’re a lot more likely to value your work, no matter what kind of work you do. And, it’s usually advantageous to have power to influence or command thought, opinion, or behavior.

Developing a strong voice—and being willing to use it—is especially important for women right now, at the beginning of 2018. With #MeToo still in the air, it’s time to pay attention to how we show up. And to be mindful of the tone we set for interactions with colleagues and clients and others.

Just in case you’re feeling triggered, I want to be clear. I am not holding women responsible for the Charlie Roses and Matt Lauers and Harvey Weinsteins of the world. You’ve probably noticed, as I have, that when anyone has the temerity to suggest women might make some changes … it evokes angry accusations of blaming the victim.

But really. Proposing that women would do well to develop a powerful presence does not mean we are responsible for some guy parading around at a “business meeting” in an open bathrobe. Showing up without pants. Or grabbing us by the anything.

Here’s a way to think about it. When a burglar broke into our house, it was definitely his fault, not mine. But if I went out tonight and left the front door wide open, couldn’t we agree that I made a thief’s job easier? I would have made a burglary less likely by closing the door. And even less likely by locking it.

Sure, some thug could come along, kick the door down, burst into my home and make off with my belongings. But putting some barriers in his way reduces the chances that I’ll be his victim.

Likewise, when we come to work looking and sounding timid. When we seem uncertain of ourselves and our place in the world. When we’re insecure and desperate to please…we invite people to take advantage of us.

Some of those people are likely to accept the invitation. They’re apt to overlook our accomplishments. To dismiss our ideas. And yes, to harass or abuse us.

A serious, committed bully could regard a self-assured woman as a challenge, it’s true. Like the burglar kicking in the closed and locked door, he might just double-down on harassment.

But your average, run-of-the-mill misogynist moves on when he encounters someone strong enough not to seem like an easy target. Which makes it a smart move to get rid of the bull’s-eye you might be wearing.

How do you reduce the chances of becoming a bully-boy’s target? You stop playing small. Ditch girlish mannerisms and the tiny little voice that goes with them. Step into your full power as a smart, professional woman. And own it.

I have strong feelings about this issue because, well, #MeToo.

Like most women, I could tell you dozens of stories from my past about men behaving badly. My own experiences range from bawdy banter in a radio studio (anything for a bit!) to a preacher making a pass…to rape on campus.

Two convictions grow out of those episodes and all the others.

First, they’re different. Some people lump it all together: Harassment = Abuse = Assault. I don’t share their view. I know from my own experience that a raunchy remark does not have the same impact as a physical attack. Asserting equivalence is silly and it begs for the backlash we’re beginning to see. (“Wait, now I can’t even talk to a woman?”)

My experience also tells me that the more we cultivate our own power, the less we’re at some man’s mercy.

No, a strong professional presence is not a guarantee against sexist words or deeds. But we make it easier for the creeps when we come across as passive and needy and less competent than we really are.

And we set the stage for being treated as equals when we sound like equals: experienced, confident, and self-possessed. Speaking with authority is like changing our hashtag to #NotMe.

We can all say #TimesUp. And we should Speak with Authority when we do. Comment below to share your thoughts, with or without a hashtag.