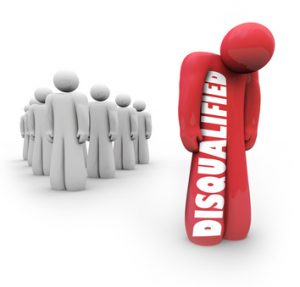 It couldn’t have come at a better time.

No sooner had my friend Kim Marren invited me to the Kellogg seminar Becoming Rejection Proof than I got an email: “…we regret to tell you that you were not selected.”

You’ve been there, right? You interviewed for a job you didn’t get. Applied for a promotion that went to someone else. Offered your services to the perfect client and heard, “No, thanks.”

Nobody likes rejection. But some of us seriously overreact to the NOs that are an inevitable part of work—and life.

It’s not just the turn-downs that get us. Even the fear of rejection can become crippling. It keeps us from trying for the better job, the bigger role, the new client.

I know I have an issue about not being picked, have had for years. So I jumped at the chance to do something about it. Even though the experience included something they were billing as “Rejection in the Wild.” YIKES!

Maybe you’ve heard of Jia Jiang. He decided the way to get over his fear of rejection was to …get rejected. Often.

He literally went out every day and intentionally made requests he thought would get him a big fat “No.” He shot video. And he blogged—or vlogged—about his “100 Days of Rejection.”

Jiang wound up doing a Ted talk. Being interviewed on TV. And writing the book Rejection Proof: How I Beat Fear and Became Invincible through 100 Days of Rejection.

And he came to Northwestern’s Kellogg School of Management to share his experience with a bunch of business whizzes—and me.

Here’s What I Learned

It’s not about my value as a human being. Rejection is an opinion, and it reflects the rejector more than the rejectee.

There’s a numbers game involved. You keep hearing NO enough, eventually someone will say YES.

It’s worth asking why they said NO; you get feedback that’ll help you in the future, plus the conversation might change their mind.

If they refuse your request, no need to run like your hair’s on fire. Don’t be ashamed of being turned down. Instead of fleeing, make a second, smaller request—the person will often say yes to that.

It’s worth regrouping before you give up altogether. Make your request to a different person or in a different place. You might get a different result. (Jiang had an actual equation for this—we were at Kellogg after all.)

You’re more likely to get a YES if you explain why you’re asking. And you can go ahead and acknowledge the potential objections before the other person brings them up. It builds trust.

When you have to do the rejecting, do it well. Be respectful and direct and offer an alternative if you can. Jiang pointed out that people who fear rejection often also have a hard time saying no to someone else. Why? We think they’ll reject us for turning them down!

Rejection has its advantages. You can use it as motivation. The feedback can help you improve what you’re offering. And Jiang insists that being rejected “builds character.”

You might find freedom in rejection. So often, we don’t ask for what we want because we’re afraid we’ll be rejected. Take the first step, and who knows what might happen.

In the end it doesn’t matter if this individual accepts us or not. We really need to accept ourselves. That’s freedom.

The Proof in the Pudding

So after Jiang shared his experiences (some of them very funny) and gave us these pointers, he sent us out to seek rejection.

The instruction was to walk up to some stranger and make a bold request. To march out there and invite rejection.

People went up to a cop and asked to drive his police cruiser. (NO.) Tried to get the window washer to take them up on his platform. (NO again.) One guy went to the Apple store and asked for a free keyboard for his iPad. (Once more, NO.)

Some yesses: the police offer who wouldn’t turn over the wheel did agree to pose for a selfie. Ditto the window washer and his partner. And one woman asked for a couple of bucks—and got it.

“Hi, I’m Catherine Johns. I’m a speaker; I specialize in better business communication. I wonder if you’re in any groups or professional associations that hire speakers; would you be willing to make an introduction?”

The first guy turned out to be a dishwasher at Northwestern Memorial. Nice guy, not a member of any professional associations. I wasn’t wounded.

Next, a couple feeding one of those little purse dogs. She held the dog, he held the bowl of treats. Neither of them remotely interested in what I was saying. I said it all the same, all the way to the end. Oddly, that didn’t hurt either.

Then I fell in with a couple walking down Chicago Avenue and made my introduction. Turned out they’re members of the Illinois CPA Society. They allowed that yes, some of those accountants could be better at conversations.

I could feel their reluctance to engage, but we got past it. They asked what I speak about, I gave them some examples. They warmed up. And even happily took my card.

Okay, a sales pro would say I missed the mark by not getting their information so I could follow up later. But I was happy they even talked to me. That the exchange was fun. And that I’d actually risked rejection three times in about 12 minutes and felt good about it.

My conclusion? There’s a lot to Jiang’s idea of deliberately seeking rejection as a way to get over the fear of hearing NO. Being spurned isn’t fatal. It doesn’t even hurt much when you treat it the right way. And when you take the risk, you might be surprised at the pay-offs.

I may not claim to be rejection-proof yet. But I’m working on it.

So I have this request for you. I’m a speaker, specializing in business communication with impact and influence. I wonder if you’re in any groups or professional associations that hire speakers; would you be willing to make an introduction?

You saw that coming, didn’t you? Post your response below. Or tell us about that time you went out on a limb and risked rejection.